http://deborahrossministries.com/apps/articles/default.asp?blogid=6766&view=post&articleid=78768&link=1&fldKeywords=&fldAuthor=&fldTopic=0
Wednesday, March 28, 2012 • Deborah Ross • Spiritual Maturity
Religion and the traditions of men are spiritual killers! In fact, Colossians says we should BEWARE so that philosophy, tradition and vain deceit don't keep the pure knowledge of God's Word from taking root in our hearts and lives. Have you ever wondered how the Pharisee's and Sadducee's could know so much about the Old Testament scriptures, and yet, they couldn't even understand Jesus - who was The Word made flesh in front of their very eyes? That is exactly what religion does in today's world, as well. 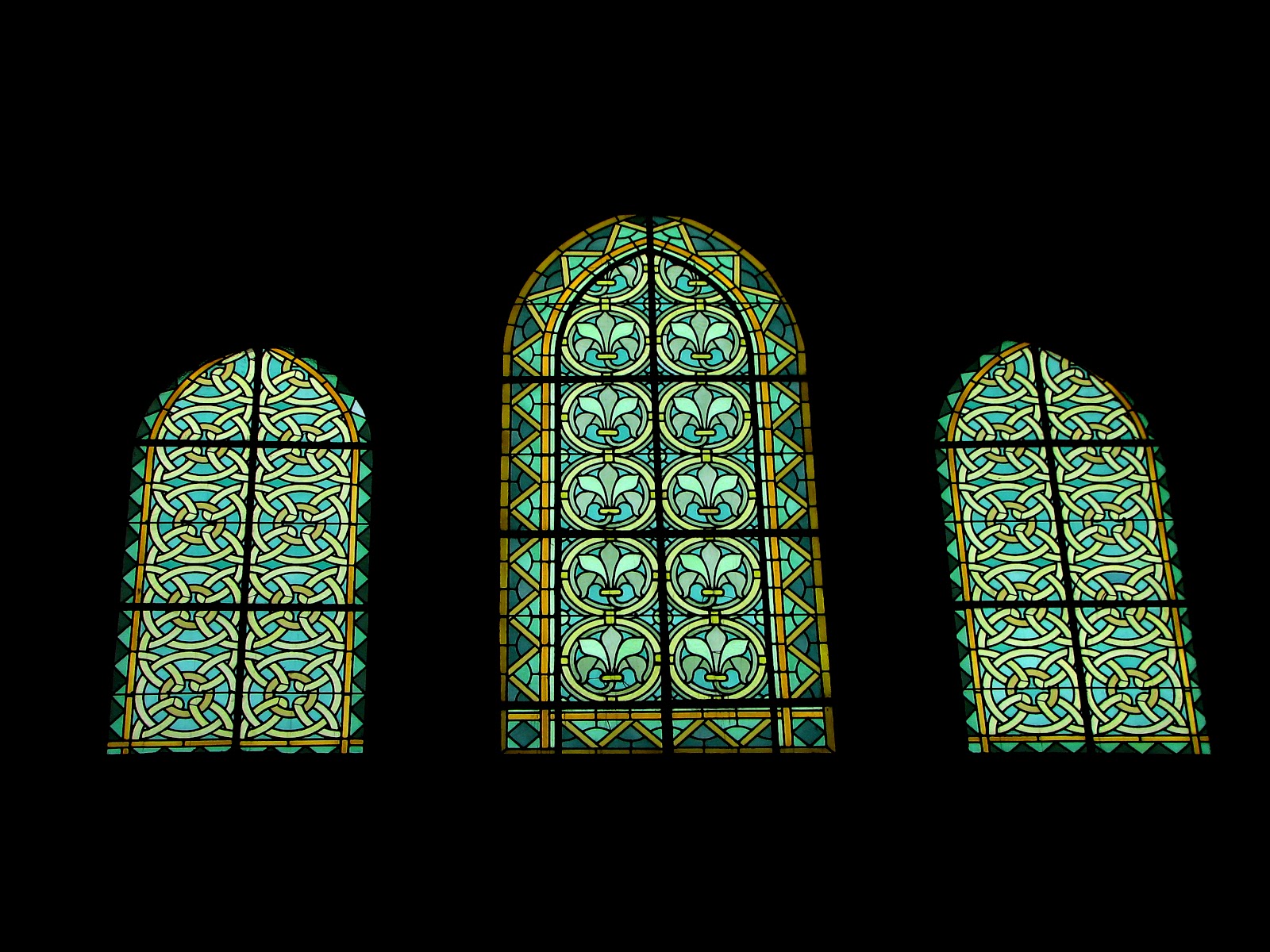 James 1:27
Pure RELIGION and undefiled before God and the Father is this, To visit the fatherless and widows in their affliction, and to keep himself unspotted from the world.
~~~~~~~~~~~~~~~
Colossians 2:8
Beware lest any man spoil you through philosophy and vain deceit, after the TRADITION of men, after the rudiments of the world, and not after Christ.

Religion and the traditions of men are spiritual killers! In fact, Colossians says we should BEWARE so that philosophy, tradition and vain deceit don't keep the pure knowledge of God's Word from taking root in our hearts and lives.

Have you ever wondered how the Pharisee's and Sadducee's could know so much about the Old Testament scriptures (the Torah), and yet, they couldn't even understand Jesus - who was The Word made flesh in front of their very eyes?

That is exactly what religion does in today's world, as well. It blinds humanity to the beauty of God's love, the power of God's anointing and the goodness of God's provision. Religion always holds a raised eyebrow of doubt while showing pious concern for the - so called - faulty belief system of others. You can count on a religious voice to offer a cynical remark of unscriptual jargon that may sound like God's Word initially, but in the end it seems to strip your childlike faith away from you right at your point of need. Religious experts always have a bland explanation of why that aspect of God's Word is not for today, oftentimes using personal rank, credentials or biased research to prove their misleading point. The voice of religion interprets and teaches God's Word so that it loses some (perhaps most) of its power in the hearts and minds of the the common believer.

But, PURE FAITH is childlike and free! God's pure Word of truth brings healing and wholeness to wounded, broken souls. When God's Word is received with gladness it brings joy and peace. The pure Word of God can cause even the most skeptical convert to believe in the supernatural power of God - like never before. Those who are transformed by the pure water of God's Word yearn to participate in His supernatural Kingdom of miracles, as the Holy Spirit leads. The undiluted message of God's Word will take a common soul and turn them into a radical believer of the goodness of God. Suddenly, they are different. The Bible says they become peculiar.

Religion, however, usually seems to fit in. It doesn't rock the boat. Religious teachings and ideas (for the most part) fit into mainstream society and the basic ideals of the world's standards.

Sadly, many of those who claim to be scholar's (because of their education and not because of their supernatural transformation) are quick to claim heresy among what should be their brother or sister in Christ. They insist on pulling that believer into the same pool of doubt and unbelief that they themselves live in. Although the Word of God clearly teaches us to not have schisms between us (as Christians), those bound by religion insist on creating division between blood bought children of the King by teaching against other ministers of the gospel whom they don't understand or perhaps don't agree with.


Mark 9:38-40
And John answered him, saying, Master, we saw one casting out devils in thy name, and he followeth not us: and we forbad him, because he followeth not us. But Jesus said, Forbid him not: for there is no man which shall do a miracle in my name, that can lightly speak evil of me. For he that is not against us is on our part.
Radical faith in God's Word, on the other hand, does not fit in - at all. Oftentimes, it agitates the nerves of those who claim to be "experts" in their field of religion. Sadly, radical faith can even rub those who claim to be "experts" of the Bible the wrong way. Radical faith, unlike religion, will cause the world to watch in awe to see if this God you speak of is real or fake.
James 1:26
If any man among you seem to be religious, and bridleth not his tongue, but deceiveth his own heart, this man's religion is vain.

At the core of much religious doctrine is the motive of covering oneself (a form of pride). Impeding religion refuses to get out of the way so that God - can be God. A religious person usually feels the need to have an educated explanation for certain verses of scripture that seem too radical for today's society. The religious prayer - too often - says, "if it by Thine will," because they, either, don't understand, or simply have little faith in God's Word of promise. Careful religion likes to offer a back-up plan that will explain away God's judgements. Perhaps, those steeped in religion feel an obligation to smooth things over for God when things don't go as hoped in the eyes of their followers. Whatever the underlying justification, a religious spirit will subtly kill all hope in the person who desperately needs a miracle from God.


Luke 12:1
"In the mean time, when there were gathered together an innumerable multitude of people, insomuch that they trode one upon another, he began to say unto his disciples first of all, Beware ye of the leaven of the Pharisees, which is hypocrisy."
~~~~~~~~~~~~~~~~~~~
Galatians 5:9
"A little leaven leaveneth the whole lump."

~~~~~~~~~~~~~~~~~
Mark 7:13
"Making the word of God of none effect through your TRADITION, which ye have delivered: and many such like things do ye."
With all of this being said, we are strongly urged by Jesus, Himself, to stay clear of deadly religion and any tradition of man that seeks to water down the power of the gospel. We serve a supernatural God, who makes phenomenal promises and delivers unfathomable miracles. The sweet revelation of His character: His righteousness; His judgements; His faithfulness; His love; His provision; and the reality of His presence can only be found by the individual who STUDIES GOD'S WORD and then believes what's been revealed with childlike faith. Undefiled religion (born out of a relationship with Jesus Christ) will drink from the pure waters of FAITH that only He can give!

Mark 9:24
"And straightway the father of the child cried out, and said with tears, Lord, I believe; help thou mine unbelief."

WANT TO READ AND UNDERSTAND SCRIPTURE BETTER?
HERE IS MY SUGGESTION.

READ... straight through THE ENTIRE NEW TESTAMENT from Matthew to Revelation so that you can understand the Character of God. If you've never done this before, I suggest reading an easy to understand version the first time through.

THEN... study Psalms and Proverbs really good so that you will understand prayer and wisdom.


*You may want to start your journey with an easy to read version, BUT... go back to the KJV after your initial read through.
*Use a Concordance to look up words in the KJV.
*Read slowly and mark your Bible as the Holy Spirit teaches you.
*Read the material straight through even if you don't understand it.
*ALWAYS pray before you read! The Holy Spirit is your teacher. Ask Him to reveal God's Word (mysteries) to you in a powerful way.
*Ask God to transform your thinking.
*Expect to spend a year or longer just meditating on the suggested books above. Don't get in a hurry, but be faithful.
*Don't let the "begot's" trip you upon your first read through!

Finally, read all other books of the Bible as the Lord leads.

Last Notes from My Thoughts Today: 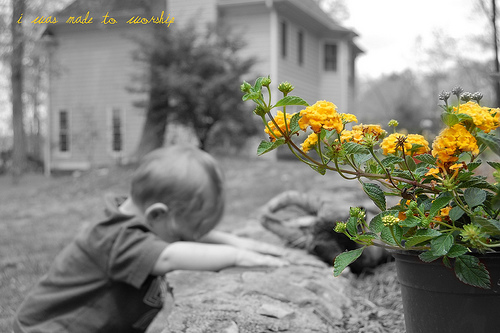